Six undergraduate students from the Department of Applied Economics recently attended the national meetings of the Agricultural and Applied Economics Association.  Bennett Wahl, Andrew Miles, Tess O’Leary, Rich Manuli, Elaine Jordan and Roz Patrick traveled to San Francisco, CA to participate in the AAEA’s Academic Quiz Bowl.  They were part of a cohort of 97 students from 17 North American universities who competed in the tournament.  The tournament has been held annually for over 25 years, and as Rozalyn Patrick noted, “This was the third year that I had a chance to participate, and every year has been a great opportunity to meet students and faculty from all across North America and to really put my knowledge from my AEC courses into action.”

James Sterns, Associate Professor in the Department, is the team’s faculty advisor.  As he told the team, “We’re here to learn, represent Oregon State University on the national stage and make the most of the experience, and not forget to have fun while we do all of that!”  Penny Diebel, Assistant Dean of Academic Programs in the College of Agricultural Sciences, was the first to organize an AEC Academic Bowl team, leading a group of three students to the AAEA national meetings two years ago, when the meetings were in Washington D.C.  Summarizing the team’s effort, Dr. Sterns noted, “There are a growing number of university teams that are coming to this national event extremely well prepared and ready to compete.  Gone are the days when a few schools dominated the event.  We keep improving our performance each year, but so has the competition!  We know there’s hard work ahead as we prepare for next year’s competition in Boston.

Roz Patrick and Rich Manuli graduated Spring Term 2015, both specializing in the department’s Environmental Economics and Policy major.  Roz now works for Northwest Farm Credit, while Rich is starting his career in Dish One Corporation. This coming Fall Term, Elaine Jordan will be a junior in the Environmental Economics and Policy major, while Andrew Miles will be a Senior in the Agricultural Business Management major.  Both Tess O’Leary and Bennett Wahl will be juniors in the AEC program. 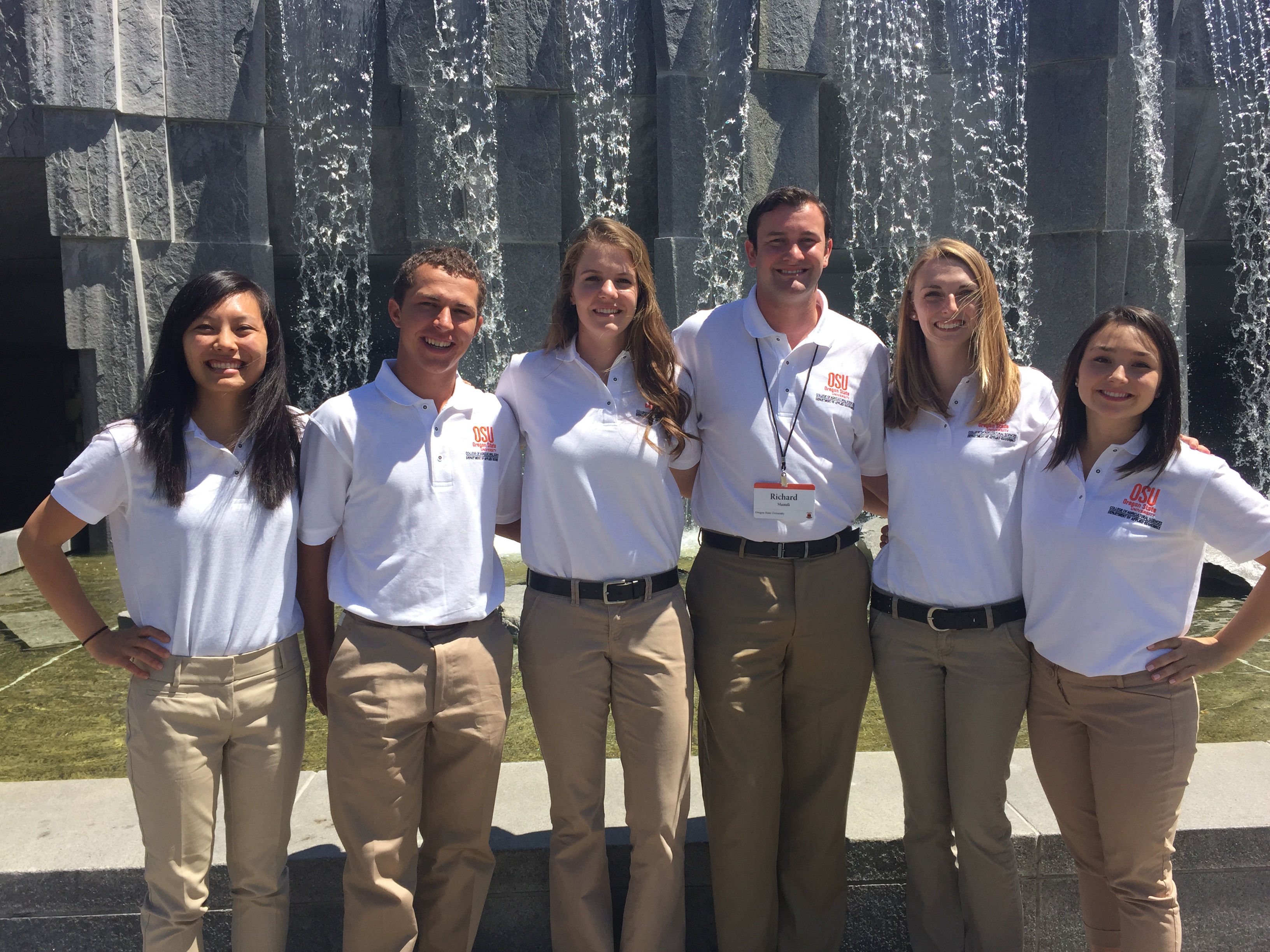